Ahmed El Goresy died at his home in Heidelberg on October 3, 2019, at the age of 85. Ahmed El Goresy was a highly regarded mineralogist with a worldwide reputation. His research focused on minerals and mineral assemblages of extraterrestrial samples. With his major tool, reflected light microscopy, he studied meteorite samples from asteroids, Moon, and Mars, and lunar rocks and terrestrial impactites. He was a pioneer in complementing his microscopic findings by using the  scanning electron microscopy, the electron microprobe and later the ion probe and Raman spectroscopy. He made numerous discoveries of shock induced high pressure phases in meteorites and samples from terrestrial impact craters, he detected unusual mineral assemblages in a variety of meteorite types and studied their chemistry and isotopic composition. With his work he significantly contributed to a better understanding of cosmochemical processes in the early solar system.

Ahmed El Goresy obtained his B.Sc. in 1955 in Mineralogy and Petrology at the University of Heliopolis, Cairo, Egypt. In 1961 he received his PhD for work on ore deposits by using ore microscopy. His supervisor was the famous pioneer of ore microscopy Paul Ramdohr at the University of Heidelberg. Ahmed El Goresy was Ramdohr’s last and best student. In 1961, he briefly returned to Egypt taking a research position in Cairo. In 1963, he became research scientist at the Max-Planck Institut für Kernphysik in Heidelberg. He then spent some months as guest scientist at the Smithsonian Astrophysical Observatory and at Harvard University before taking a two-year post-doctoral fellowship at the Carnegie Institution of Washington. After his return to Germany and became senior scientist at the Max-Planck-Institut für Kernphysik in Heidelberg and later Professor at the Universität Heidelberg. In 1998 he officially retired from his position in Heidelberg and moved to the cosmochemistry department of the Max-Planck-Institut für Chemie in Mainz. After closure of the cosmochemistry department in 2005 Ahmed El Goresy moved to the Bayerisches Geoinstitut in Bayreuth, where he stayed active until August 2017.

During some 20 years Ahmed El Goresy worked in close cooperation with Paul Ramdohr at the Max-Planck-Institut für Kernphysik in Heidelberg. Paul Ramdohr, the world-leading scientist in opaque mineralogy, began his studies on meteorites only after he had retired from university in 1958 and he stopped doing science only a few months before he died in 1985. Ramdohr shared his immense knowledge of opaque minerals and his special skills in reflected light microscopy with Ahmed El Goresy, his talented student, surpassing his master at times.  In 1969 Paul Ramdohr became principal investigator (PI) of NASA’s lunar sample analysis program. His focus was on the opaque mineralogy of lunar rocks. Ahmed El Goresy was his co-investigator, who eventually took over as PI. El Goresy and Ramdohr made fundamental contributions to the opaque mineralogy and phase assemblages of lunar mare basalts as well as highland rocks. They estimated temperature and oxygen fugacity during crystallization of lunar mare basalts.

In the meteorite community Ahmed El Goresy is particularly well known for his thorough studies of opaque assemblages and spinel morphologies in Ca, Al-rich inclusions of the Allende meteorite and other carbonaceous chondrites. Some of the mineral assemblages rich in refractory metals seemed so unusual to him that he thought they were formed outside our solar system and he invented the term ‘Fremdling’ (foreigner) which still is often used, although stable isotope studies do not support a non-solar system origin for these objects.

In subsequent studies Ahmed El Goresy discovered that the unusual Acapulco meteorite contains a menagerie of graphite morphologies each with different carbon and nitrogen isotopic composition. The absence of isotopic homogenization in an otherwise well equilibrated meteorite is remarkable. This work is typical of Ahmed El Goresy’s approach. Detailed petrographic observations are combined with ion-probe isotope analyses, which requires close cooperation with isotope researchers. Ahmed El Goresy had the ability to assemble a team of researchers to attack a problem. When he needed a new tool to solve a problem, he would approach the best and most experienced researchers in the field for collaboration.

From about 1995 on Ahmed El Goresy intensified his studies of shock effects in chondrites, Martian meteorites and samples from terrestrial impact craters. He and his coworkers discovered new shock-induced mineral phases including post-stishovite polymorphs (seifertite), high pressure aluminium-silicate phases (lingunite), akaogiite (high pressure polymorph of TiO2), and a polymorph of graphite. El Goresy and his coworker also observed solid-state transformations of olivine to wadsleyite and ringwoodite, decomposition of olivine, growth of wadsleyite, ringwoodite, and majorite from melts during shock events. The study of high pressure polymorphs, their textural occurrence and relevant phase relations can be used to estimate the magnitude and conditions of impacts in the early solar system. These findings are not only important for the early collisional history of meteorite parent bodies, but they are also relevant for studies of the structure and compositions of the interior of the Earth and of other planets.

As with his teacher Paul Ramdohr much of Ahmed El Goresy’s scientific work was done after his retirement in 1998, demonstrating that innovative and creative research is independent of age, at least in the area where Ahmed El Goresy was active.

In scientific meetings Ahmed El Goresy was very outspoken.  He clearly stated his opinion and never avoided discussion of controversial issues. He was extremely enthusiastic about his research. It was almost impossible to talk to him about other things than his own research. He was so excited about his findings that in his talks he would often exceed the time limit. His contributions in meetings and discussions will be missed.

Ahmed El Goresy had about 25 students; many of them have made a career in science. The first thing he taught them was to look through a microscope, as the base of any further work. Ahmed El Goresy saw features in thin sections others did not see. His knowledge of minerals, particularly opaque minerals, was enormous and as he was familiar with all relevant phase relations, he could right away explain these or speculate on the origin of the observed mineral assemblage.

Ahmed El Goresy served the scientific community as Council Member of the Meteoritical Society, Chairman of the International Commission on Cosmic Mineralogy of the International Mineralogical Association, United Nations Visiting Professor at the Institute of Mineral Deposits of the Chinese Academy of Geology, Beijing, China. He participated in the NASA Lunar and Planetary Science Review Board. He was awarded with the Victor-Moritz Goldschmidt Award and the Abraham-Gottlob-Werner Medal of the German Mineralogical Society, the highest award of the German Mineralogical Society. In 1972 he became fellow of the Meteoritical Society, and was the recipient of the Leonard Medal in 2013, the highest honor of the Society. He was invited as Fairchild Distinguished Scholar in 1983 at the California Institute of Technology in Pasadena, and he was guest Professor at the Muséum National d’Histoire Naturelle in Paris in 1994, and more recently at the Tohoku University in Sendai, Japan, and at the Ecole Polytechnique Fédérale de Lausanne, Switzerland.

With Ahmed El Goresy the Meteoritical Society lost a highly motivated researcher with extraordinary abilities. He dedicated his work to the observation and interpretation of microstructures in meteorites and he was one of the key drivers for progress in the field of cosmochemistry. Scientists like him have become rare. 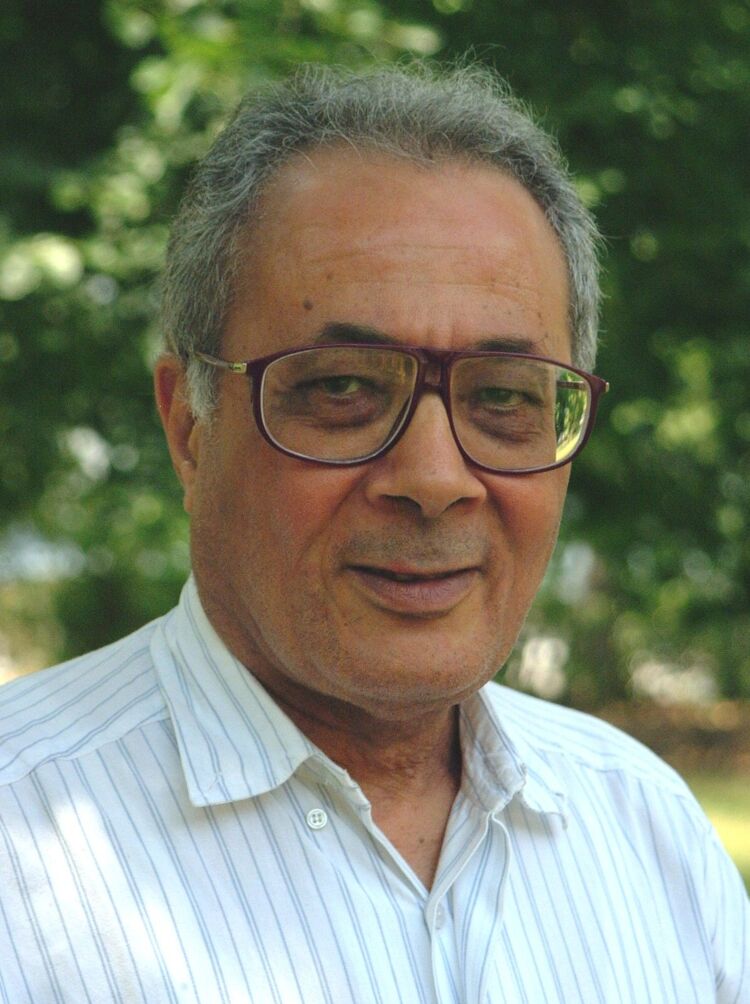