On July 7, 2016, Andrei Valerievich Ivanov passed away after a struggle with cancer. Andrei was our friend and colleague, a distinguished scientist, Doctor of Geological and Mineralogical Sciences, member of the Meteoritical Society, and a leading researcher at the Vernadsky Institute’s Laboratory of Meteoritics.

Andrei's scientific career focused on investigations of extraterrestrial materials. His work on fine-grained (10+ micron) spherical deposits of probable extraterrestrial origin, found in peat and salt deposits from the region of the Tunguska explosion, were widely known. Beginning in the late 1960s, Andrei was a major participant in the receiving and study of the first lunar samples returned to Earth by the Soviet robot moon landers. He told wonderful stories of opening the sample-return capsules in the vacuum glove chamber, and seeing the lunar soil emerge before his eyes.

Andrei's lunar research focused on the effects of space environmental factors on the formation conditions of the lunar regolith. In 1971 this became the foundation of one of his major scientific reports, "Anti-oxidative properties of ultradispersed, simple materials on the surfaces of extraterrestrial bodies."

Andrei Valerievich committed nearly 30 years to the study of the unique Kaidun meteorite. Through his investigations, he identified new types of meteorite material and discovered a series of new mineral phases, including the new mineral florenskyite, an unusual phosphide (FeTiP) found in Kaidun. Andrei’s colleagues later identified an even rarer isomorph (FeCrP) and named it andreyivanovite in his honor. Andrei’s studies were the first to find traces of fluid metasomatic changes in the components of Kaidun. Andrei defended his Doctoral dissertation in 2003 based on his work with the Kaidun meteorite.

Dr. Ivanov was the author of over 200 scientific publications, and in 1977 was awarded the USSR's Medal "For Labor Valor."

The asteroid 5761 Andreivanov was named in Andrei's honor. It orbits in the main asteroid belt between Mars and Jupiter with a closest approach (perihelion) of 1.8 astronomical units (AU), aphelion of 2.7 AU, eccentricity of 0.35, inclined at 9.2 degrees to the plane of the ecliptic. It orbits the Sun every 4.5 years and has a rotation period of 11.7 hours. Its composition is currently unknown.

In recent years, Andrei Valerievich worked on systematizing and cataloging the Vernadsky Institute's collection of lunar samples. He saw this as his personal duty to future generations of lunar investigators.

Andrei's passing is an irreplaceable loss for the Laboratory of Meteoritics and the whole Vernadsky Institute. His personality naturally combined professionalism, broad interests, highest ethics and openness to people. All of us could always count on his kind words, advice and help! His wisdom in life and broad knowledge were always available. Dear Andrei, we will miss you!

—Friends and colleagues from Vernadsky Institute. 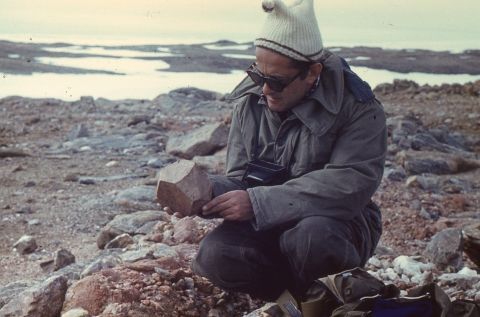