Bob Clayton passed away on Dec. 30, 2017, after several years of declining health at his home in Michigan City, Indiana, surrounded by family. Bob was the Meteoritical Society’s 1982 Leonard Medalist. He was born on March 20, 1930, in Hamilton, Ontario, Canada. He received his B.S. and M.S. degrees from Queen’s University, Ontario, and his Ph.D. from Caltech (1955) mentored by Samuel Epstein. He joined the Chemistry Department and the Enrico Fermi Institute (1958), and then the newly founded Department of Geophysical Sciences (1961) at The University of Chicago. He was the Enrico Fermi Distinguished Service Professor until he retired in 2001, remaining active in emeritus status until about 2014.

Bob joined the cosmochemistry community during the Apollo program in the late 1960’s, where he started measuring oxygen isotopes (δ18O) in ordinary chondrites. He is best known for his discovery of oxygen isotope variability in calcium-, aluminum-rich inclusions (CAIs) with the classic 1973 paper that launched a new stage of his career. Bob’s superb threeisotope oxygen isotopic analyses so dominated the field that he established isotopic classification of solar system materials and analyzed every new meteorite for 25 years with no competition, all with a late-1950s mass spectrometer equipped with a chart recorder, a ruler, and a pocket calculator. He developed O, N and Si isotope studies of lunar samples and meteorites by gas source mass spectrometry with Toshiko Mayeda, his long-term research associate from 1958 to 2004, Richard Becker, Mark Thiemens, and many other students and postdocs. His studies (with Typhoon Lee and Gerry Wasserburg) led to the recognition of Fractionated, Unknown Nuclear (FUN) isotopic anomalies in CAIs. He pioneered SIMS techniques beginning (1977) with in situ Al-Mg systematics of CAIs and chondrules with Ian Hutcheon, Richard Hinton and Andy Davis. Bob initiated an effort to develop Resonance Ionization Mass Spectrometry for cosmochemistry with Michael Pellin and Andy Davis that led to the isotopic analysis of individual presolar SiC grains for Ba, Sr, Ru, Fe, etc., launching a new form of laboratory-based nuclear astrophysics. Post-retirement, Bob’s note on self-shielding (2002) marked a major departure from his previous thinking on a variety of topics: he realized that the Genesis mission could yield a key piece of the solar system’s oxygen puzzle, and initiated the debate on the role of photochemical effects in producing the solar system oxygen isotope variability that still continues.

Bob will be remembered as a generous collaborator who worked selflessly with most of the major teams in meteorite research. He produced over 23 PhD students and 22 postdoctoral fellows in a career that spanned over five decades, during the last four of which he was heavily involved in meteoritics. Clayton’s morning coffee group in his Enrico Fermi Institute laboratory was a famous gathering place throughout his long career at The University of Chicago. His contributions were recognized widely including with the Goldschmidt Medal (Geochemical Society, 1981), the Bowie Medal (American Geophysical Union, 1987), the Urey Medal (European Association of Geochemistry, 1995), and the National Medal of Science (2004), in addition to the Leonard Medal. He was a Fellow of the Royal Society of London, and of the Royal Society of Canada, and a Member of the US National Academy of Sciences.

Bob Clayton is survived by his wife, Cathy, his daughter, Elizabeth, and his granddaughter, Leonora. 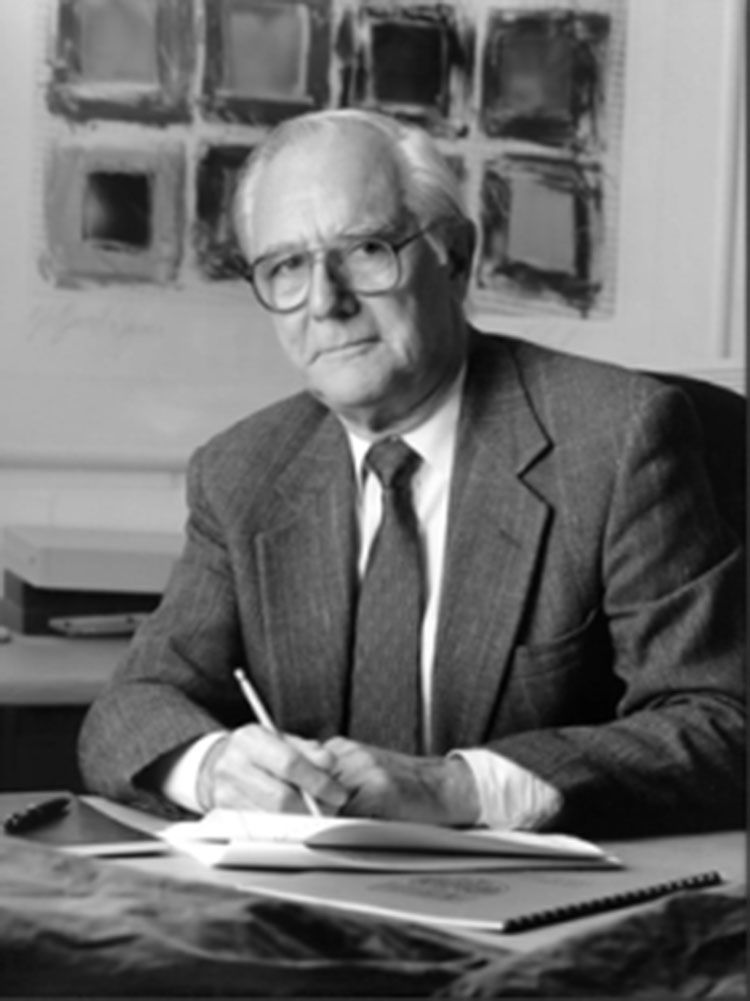